Redefining Civility And Why It May Be Our Last Hope

Can’t we all just get along?

These empty words, often crooning from the mouths of the privileged, are a perfect example of what happens when a society finds itself splintered by the dereliction of duty of its citizens and the mental and emotional weakness from an era of relative ease and spoiled success.

When it’s easier to ignore a problem than to challenge it head on because either we are unable to make sense of it with the myopic belief system installed in us at an early age, or we are too ashamed of our position to admit openly that we just don’t care.

Let’s be clear. It’s not that we shouldn’t get along, it’s what we should be getting along about.

Should we get along when deciding where to go have dinner, how we should teach our kids, and public policy designed for the good of all citizens?  Probably.

Should we get along with terrorism, ideologies based on hate, and those intent on destroying civil liberties?  Probably not.

The difference may sound obvious, but in practice, we tend to lump everything from french fries to fascism behind this idea that the end goal is peace and quiet. 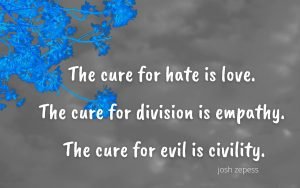 But when we decide to “get along” with a known carcinogen in a society of more than one person, we only delay the inevitable as our borrowed peace crumbles into the infectious diseases of vitriol, division, and hate.

No amount of wishful thinking or hijacked lexicon can turn years of abuse into a cure. We can’t wish it away.  We can’t ignore it to death.  And we certainly must NOT get along with it.

It’s time for civility to once again take a stand.

Civility comes from the Latin word Civilis, or ‘relating to citizens and good citizenship’.

What does it mean to be a good citizen?  We can spend lifetimes on defining it.  For our purposes, I find this list from Marelisa Fabrega to be a good starting point (descriptions are mine).

Ancient Greeks, considered by some to be the originators of this concept, had a view of citizenship based on obligations of citizens towards the community rather than rights given to its members.  It was the great equalizer of people, bestowing benefits for those who chose to fulfill their obligations, and filtering out those who shirked them.

Recently, civility has come to mean a general politeness in conversation, an exhibition of good manners.  A word that once represented what it means to be a good citizen, now finds itself castrated into the superficial mannerism of politeness.

But politeness is not our friend, nor is it synonymous with being nice.

When a close friend has a drug abuse problem, the polite thing to do is to look the other way and not shame them in public or talk about it in “polite company”.   We may privately broach the subject of their drug abuse with caution, but only when keeping a fake smile on hand for when they defend it, before we “make them upset.”

Politeness, therefore, is a form of complicity.

The nice (right) thing to do would be to stage an intervention and involve as many resources as possible to help this person see their own self-destructive behavior.  It would be to love the person more than they are loving themselves, and to give them a chance at change.  If they still refuse, that’s fine. At least it was their conscious and active choice.

Niceness, unlike politeness, is more akin to doing the right thing because it’s right, and less because it’s easy. 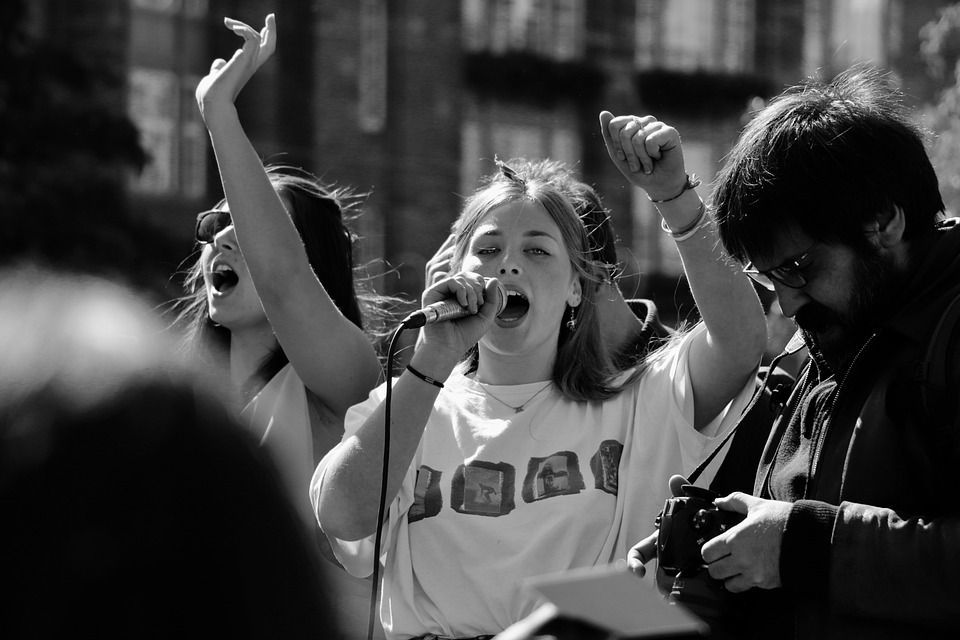 This is but one example of my concern with our current view on civility.  It’s become detached from morality and goodness and watered down to an collaborator of willful ignorance.

And yet here we are.  We are a divided country, not just on moral grounds, but on basic facts and reality.  We have drunk our own concoction of spoiled self-righteousness long enough that we have replaced standards with ideology, logic and facts with religion, and empathy with hate.

We are not without hope, but our timeline to change is not infinite either.  Our path, if not corrected, will lead us to the end of democracy itself and into the waiting arms of a theocratic plutocracy, full of indignation, hate, and persecution.

Civility may be part, if not the start, of the solution. 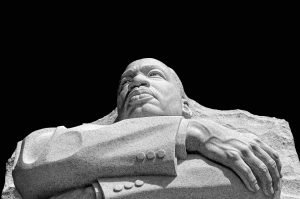 If we were to attempt to both bring civility back to its root meaning and make it a useful tool in our battle for survival, perhaps we could look at what it shouldn’t be and then what it could be.

I submit to you that the following things need not apply under the concept of civility.  That when approached by someone spouting known evils (I use this term not in the religious sense, but as the opposite of good) such as fascism, pedophilia, and the like, we can still hold true to civility without the following:

This brings us to the central question of what exactly civility is. Let’s recognize it by what it does and how it works.

Civility is a method of attacking an issue, without attacking the person.  It is common to conflate a person’s behavior and character with the person themselves.  On the surface, it sure seems logical.  Bad behaviors come from bad people, right?  Isn’t that the justification we use to throw people away behind bars or kill them outright?

The problem with this premise is that it rests on the belief that people can be inherently and incurably evil.  Yet after millennia of war, rape, murder, incest, and hate, we are still fundamentally born good, pure, and loving.  If we can be inherently evil, why does bad behavior not show up shortly after birth?

Outside of the clinically ill, do we really believe someone wants to be evil?  Of course, some people do evil things, but is that from an innate desire to just hurt people or is it their chosen path to get what they want; a path they feel may be their only option (whether that’s true or not)?

In other words, if they knew of a good, or at least less evil, way to get what they want (with all else being equal), would someone choose the evil way, just so they could also hurt people in the process?  Philosophy and science would suggest not. 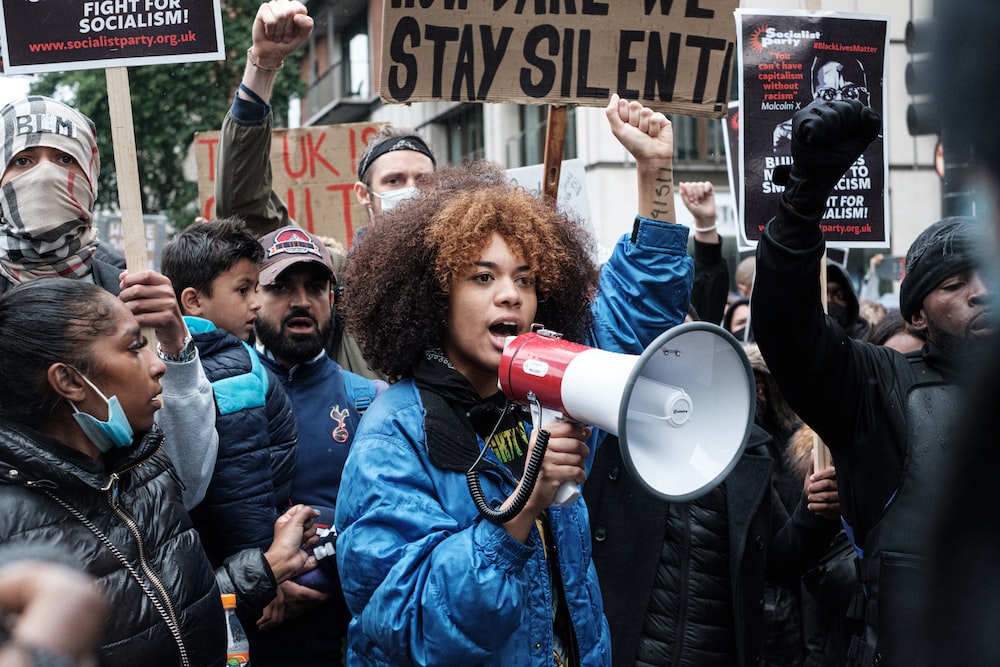 This understanding is key to redefining civility.

It means we can vehemently oppose evil without destroying the person.  We can annihilate the message without killing the messenger.  We can hold true to our morality without violating that exact same moral code.

That’s right.  There is immense duplicity in incivility and hatred.  When someone is being uncivil, we feel that being uncivil back puts us on higher moral grounds, and that we’re justified in retaliating.  This is the old, “Well, they did it first…” argument from the middle school playground.

But make no mistake.  Hate is hate is hate.  There is no justification for it.  There is no “good” hate, even when we hate the hater.  Civility, therefore, is refusing to commit the same hate crime against others as they are committing against you.

When we attack the person, the natural defense mechanism is to protect the ego by doubling down and digging into their position.  This can lead to martyrdom and victimhood and make it easy to spin a personal attack into a crusade to silence them – a conspiracy, if you will.  This becomes an endless battle of vitriol in an unwinnable war.

When we attack the issue, we can still love the person – with compassion.  We can try to understand the person and what they want.  Perhaps we can find a different path that doesn’t involve evil.  We can give that person a chance to reevaluate their beliefs and if they choose to, change.  And we can do all of this without tolerating evil. 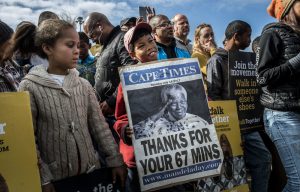 So how do we stay civil while eradicating evil?

This is not the easiest of questions.  If we go back to what civility isn’t, we can see a pattern.  Each item has one thing in common:  the issue.  We used evil as the issue earlier, but it could be other things as well. The point is that we set an inviolable standard: Evil has no place in our society.  Evil doesn’t get a voice, a platform, or even a chance to be recognized or legitimatized.

Notice how the standard makes no mention of the person.  It’s almost as if our standard is so matter-of-fact that the person delivering the message is almost inconsequential.  Sure, such messages will always be carried by people, but if the evil is not allowed, the person has a choice to drop it or leave.  Discussion isn’t even necessary.

Standards allow us to be nice without being polite. When evil presents itself, the nice thing to do is to stamp it out, refuse it quarter, and ensure its demise with every resource available. This far from polite, which would offer it a chance to explain itself, as if there were a chance evil had a compelling argument.  We can hold true to our moral goodness without allowing the poison of evil to find a gateway into our system.  Civility, in this sense, is being nice without having to be polite.

All of this is certainly simpler in theory than in practice.  One key tool to giving us the best chance is, I believe, democracy.  In large enough numbers, interested and informed people can and will tend towards goodness and morality.

According to Aristotle, “it is possible that the many, though not individually good men, yet when they come together may be better, not individually but collectively, than those who are so, just as public dinners to which many contribute are better than those supplied at one man’s cost”

Of course, this hinges on a population interested in what’s best for a free society as a whole (unselfish) and informed enough to make the right choices (educated).  Lose our standards for truth and honesty, empathy for others, and fairness of opportunity, and we forfeit any chance to be civil. 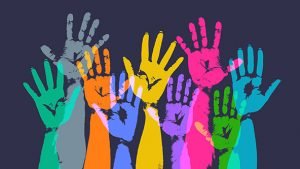 Civility requires standards and standards require democracy.  Perhaps we just replaced one lofty ideal with another.   Perhaps the human condition and our need for purpose and meaning in struggle won’t allow us to hold high standards long term.  Or perhaps we’ve forgotten how to direct our energy towards things that build us up, not just preventing things that tear us down.